Here's a fun website to predict what books you might like to read in future. I don't know if it was super accurate for me - but it is supposed to get more accurate the more books you rate.

Check it out: www.readgeek.com
Posted by Madigan Mirza at 4:19 AM No comments:

Top 10 Books to Read this Winter

This week's topic from The Broke and the Bookish is: Top Ten Books on Your To Be Read List this Winter.

With any luck, I'll read these by the end of the year.

Posted by Madigan Mirza at 4:35 AM No comments:

I Survived: The Attacks of September 11, 2001
by Lauren Tarshis
Scholastic
July 2012

I felt some trepidation reading this book, for exactly the same reasons the author stated that she was hesitant to write it. The memories of that day are still so raw - it was a very scary time. And yet, I see kids clamor for the other books in this series; The Sinking of the Titanic, 1912 and The San Francisco Earthquake, 1906 are especially popular titles. For children who weren't even born when September 11th happened, it's just another historic event they are curious about.

Lucas is disappointed in being pulled from his middle school football team due to an injury. He decides to take the train into New York City to see if his beloved uncle Benny can talk his parents into changing their minds. Lucas soon finds himself in the midst of disaster, as the first plane hits the World Trade Center tower, and his uncle and dad, both firefighters, are called to help out. Most of the truly grim details of the terrorist attack are glossed over, but the sense of panic and alarm in those initial moments is handled in a very sensitive and age-appropriate way.

The afterward from the author goes into more detail, explaining the number of casualties, and the national and world-wide reaction after the attacks. I was glad that she decided not to kill off Uncle Benny - even though it might have made the story more dramatic, the series is called "I Survived," after all. Informative and fast-paced, this is a good choice for third-grade readers who want to know more about this day in history.

I borrowed this book from the library.
Posted by Madigan Mirza at 4:47 AM No comments:

This week's topic from The Broke and the Bookish is: Top Ten Sequels You're Looking Forward To. Here are mine:

And of course, I have to give a shout-out to the long-awaited third book in The Kingkiller Chronicle by Patrick Rothfuss. Doors of Stone is listed on Goodreads... but there isn't even any cover art as a placeholder yet. Rothfuss, get going on that! I'm sure it will be beautiful when it is done. In the meantime, luckily, most of these sequels are already out, so I have plenty to occupy me until it's released.

I'm on vacation... catching up on reading is sooo nice. Look for plenty of reviews when I return! 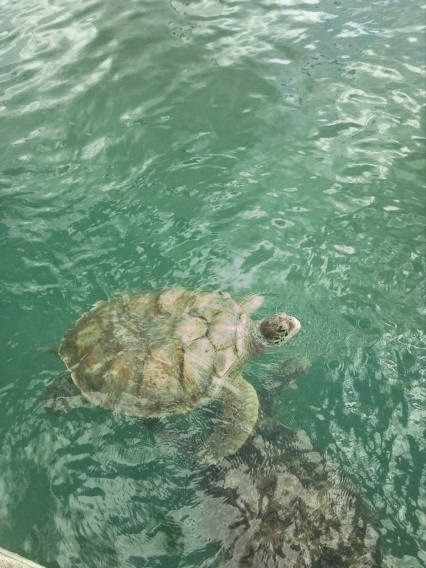 Posted by Madigan Mirza at 9:02 AM No comments:

Immortal Damen has finally been reunited with his long-lost love Ever, but is now suffering a curse that leaves him allergic to her bare skin. One touch from her will banish him to the Shadowlands, a murky underworld for lost souls.

As Ever starts to search for a cure for Damen, she meets Jude, a hot surfer guy who works in a New Age bookshop. Just as Ever is on the brink of a breakthrough with a potion that might fix their problem, Damen admits to her that he knows Jude... that Jude has also been reincarnated many times over the years, always as a love interest for Ever. He decides that the only honorable thing to do is to stand aside, and give Ever a chance to get to know Jude better so that she can truly make a choice between them. For a guy who's been pining for Ever for centuries, Damen sure doesn't act like he's eager to be with her after all!

One minor quibble I had with the book was the description of the Getty museum. I wasn't clear if Ever and Damen were at the Getty, or the Getty Villa in Malibu, and my brain kept switching back and forth between the two trying to visualize where they were. The way they drive up, it seems like the Getty Villa. The Getty is famous for the trolley car you must take up the high hillside. Yet, the exhibits and the view that are described really seem like the new Getty. I was distracted by this, but most readers who aren't familiar with Los Angeles probably wouldn't be.

A number of the side-plots seemed compelling. While visiting the Summerlands, a mystical realm where visitors can manifest nearly anything simply by the power of thought, Ever becomes acquainted with twins Romy and Rayne, friends of her sister Riley's ghost. When they accidentally get ejected from the Summerlands, they are taken in by Damen, who is attempting to swear off his materialistic ways. Miles, Ever's gay friend, is excited by his upcoming opportunity to perform in Florence, Italy. Ever is horrified by one of her teacher's crush on her aunt Sabine, but she finally comes around and decides that Sabine deserves a chance at romance, too. At the end of the book, Ever is deeply dismayed that her only chance to revive her friend Haven ends up leaving her Immortal as well. Haven, on the other hand, is delighted, saying something to the effect of, "This is exactly like being a vampire, but without any of the bad side effects!" I have to admit, Haven has a really good point. I wasn't really sure why Ever sees her immortality as such a curse.

While there isn't a tremendous amount of forward plot movement in this middle volume to the series, it's an enjoyable read nonetheless.


I borrowed this book from my public library.
Posted by Madigan Mirza at 4:46 AM No comments:

This past month I read the following books:

Posted by Madigan Mirza at 4:51 AM No comments:

It's that time of year... time for National Novel Writing Month - or Nanowrimo for short. Last year, I was a Nanowrimo "winner" for the first time ever! I kind of feel like I cheated a little - I wrote a time-traveling story where the characters attempt to change the time line by repeatedly jumping back and repeating the past (with minor variations) allowing me to "recycle" plenty of my earlier work.

This year I'm going to try something a little different - I'm using Nanowrimo time to get caught up on blogging. It's been a busy year, and it will will be nice to carve out some time to get book reviews and blog posts complete!

How is your Nanowrimo going so far?
Posted by Madigan Mirza at 4:45 AM No comments: